Experiencing sound visually in the same effortless way we do when we hear it. In this project I wanted to create a space where the invisible world of sound suddenly becomes a little more tangible for the listener. This resulted in a collection of five light objects, each reactant to a certain frequency range leading the listener to then become a viewer. It is part of Baend, a Medialab* group project in which each individual got a chance to explore an aspect of band production and test its limits in any way that seemed fit. The only requirements were its functionality and applicability. 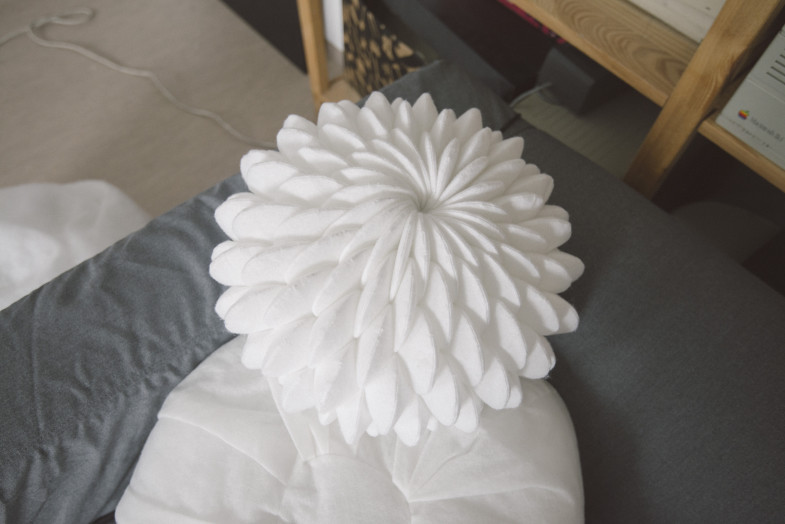 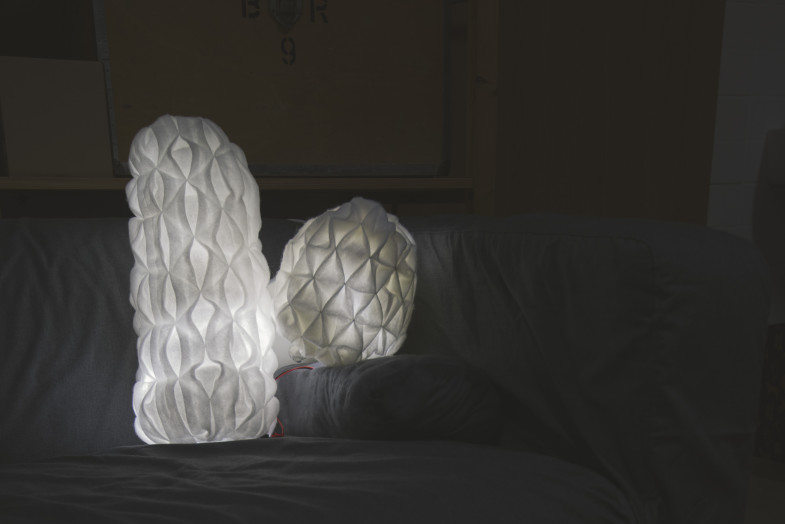 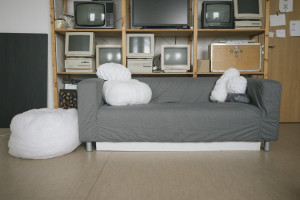 Process: searching for form The first several weeks involved lots of experimentation and searching through various materials, shapes and sizes. Going through many scenarios of placement, quantity and shape I later figured out I had to redefine my audience and potential viewers. This led to a more personal approach, focusing on the individual experience and a change from harder materials to softer ones.

Finally, I ended up pulling out a sewing machine and thread and sewed a collection of coherent pillow-like objects. Each differed from the other primarily in their relief. I used basic techniques such as pleating and smocking and drew up patterns to form a scale of soft-to-rough surfaces. These surfaces were relevant to the frequency ranges assigned to each object individually. 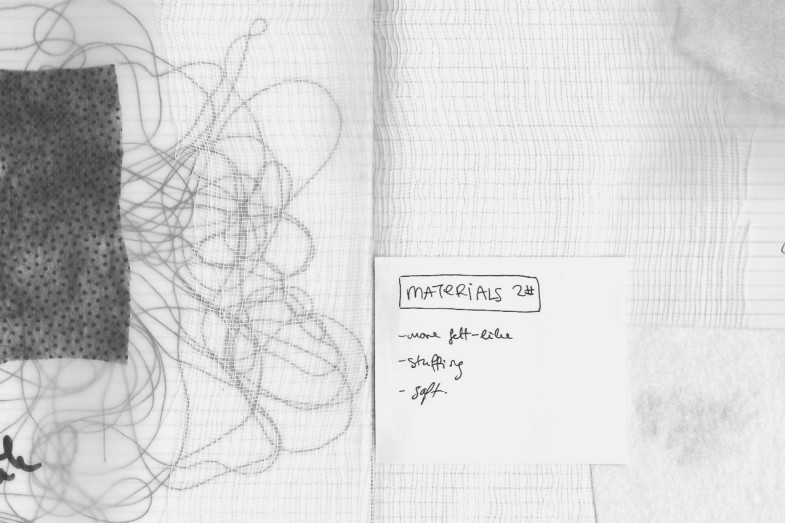 Process: the core Simultaneously with the search of form, I had to work on the mechanics of the project. I ended up using an Arduino due to its compact size and durability, LED strips for the objects, a microphone and a frequency analyzer chip to simplify the process of channeling the sound correctly. Real-timerecording and immediate reaction ensured a smooth experience for the viewer. The entire hardware was tucked away in a container and had a sewn cover pulled over as it assimilated into the couch where the objects lay in its final installation. I had little experience with the Arduino beforehand, so I had to learn its basic functions and principals that I could then build on to for the desired result. I did this under the help of Roman Mackovič and under the supervision of Jan Šicko. 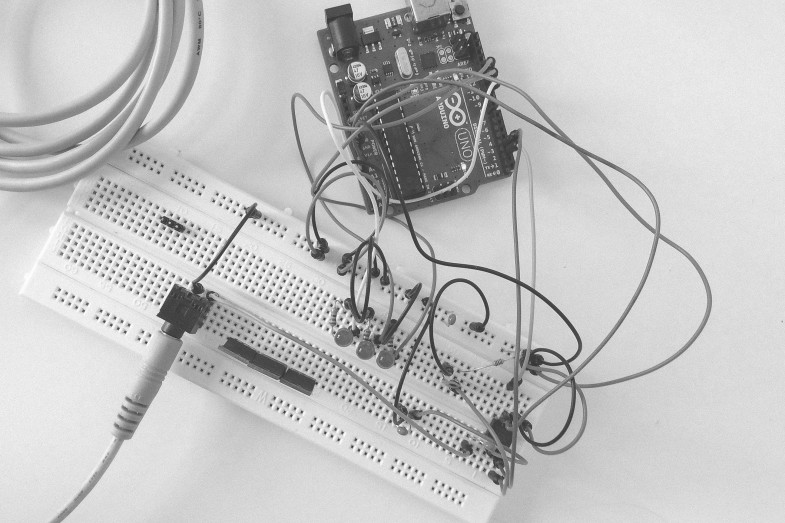 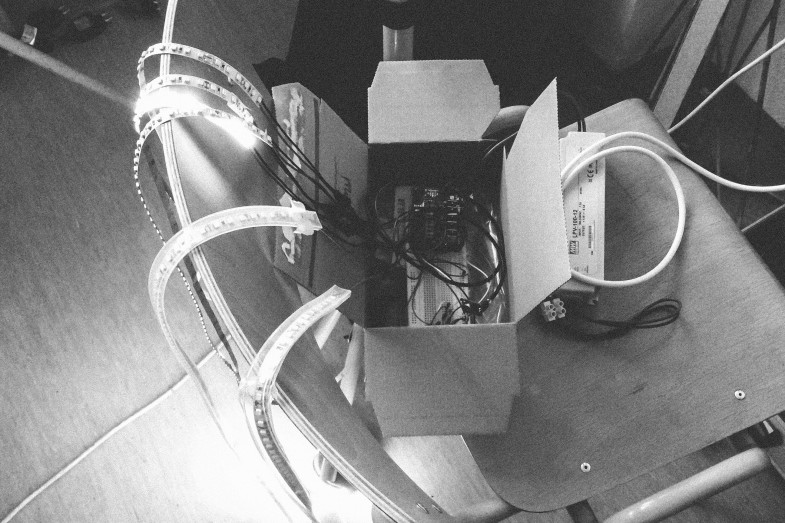 Conclusion The project was well received and as a whole managed to create an ambient that fused light with sound with ease and simplicity.
More Work 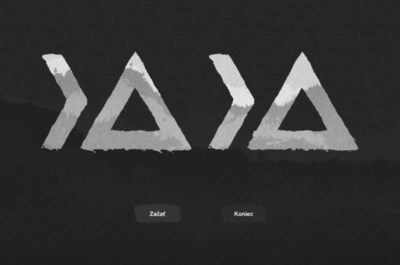 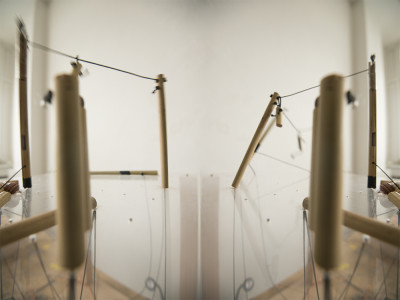 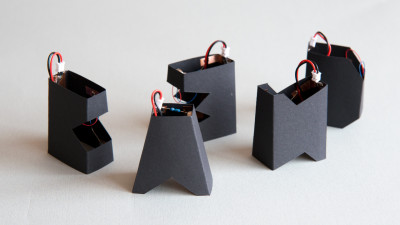 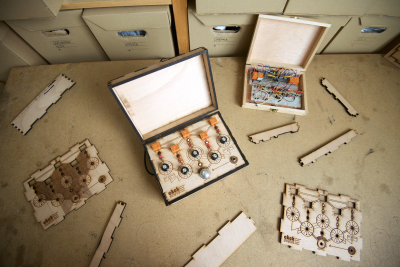 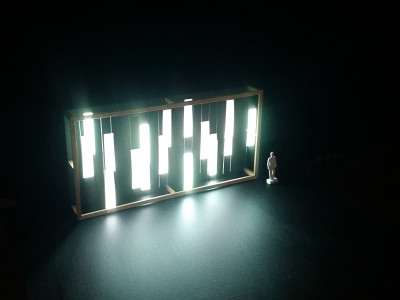 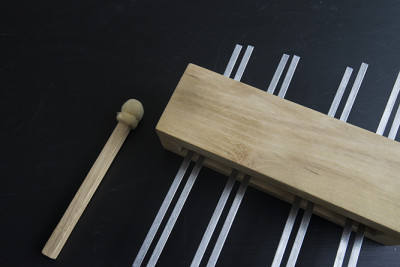